The route passes through some relatively remote areas so planning to stop for a day needs careful consideration. Some of the places that you will visit do not have public transport facilities, or, if they do these are limited. However here are some suggestions.

Greenfield Valley and Holywell
You are likely to arrive in Holywell the day before you set off.  The first section of the walk goes through the Greenfield Valley Heritage Park. This is well worth exploring. The valley was from mid 18th Century to the late 20th Century a hive of industry. There is a museum and information centre near to Basingwerk Abbey. The town of Holywell is also an ancient market town with an “enclosed” High Street.

St Asaph
St Asaph was granted city status in 2012. The Cathedral is dedicated to St Asaph who lived and ministered here in the 6th Century. The current building is largely 15th Century. It was re-modelled by Gilbert Scott during the period 1867 to 1875. During the 16th Century Bishop Morgan translated the Bible into Welsh.

The city also has a link with Aberdaron - in St Kentigern's parish churchyard is the grave of Richard Robert Jones (1780-1843). Despite having no formal education, "Dic Aberdaron" was reputed to have taught himself 14 or 15 languages, including Latin at the age of 11.
St Asaph is also associated with H M Stanley. He was born John Rowlands in the nearby town of Denbigh. He was raised at St Asaph Workhouse after being abandoned by his mother at the age of 5. In 1859 he emigrated to the United States. There is a Sculpture Column depicting his life near the Bridge.

Gwytherin
St Winefride (in Welsh, Gwenfrewi,) came to reside here after the legendary incident at Holywell. She became a nun at an abbey in Gwytherin and later abbess around 650 AD.
A grass covered mound in the south part of the churchyard is known as Penbryn Chapel or Capel Gwenfrewi and this was the burial place of St Winefride – and many other saints – and was a place of such prestige for pilgrims that 500 years later Prior Robert and his monks removed St Winefride’s bones and took them to Shrewsbury, to attract the pilgrims there instead. This story is the basis for one of the Brother Cadfael novels by Ellis Peters and there is much scholarly information on Winefride in the Bodleian library in Oxford.
A fragment of a reliquary box called the Arch Gwenfrewi is now in the museum at Holywell but had been kept here at Gwytherin for nearly a thousand years.
The churchyard is an early clas enclosure, indicating the status of mother church, on a much earlier site, possibly Iron or Bronze Age. There are standing stones, one with a Romano British engraving and the churchyard has magnificent ancient yew trees, also indicative of a pre- Christian site.
For more background see the Gwenfrewi project: - click here

Eglwysbach and Rowen
These villages are  in the beautiful Conwy Valley. A restful  day walking the paths in the area is possible. There is also a reasonably good bus service which links Conwy with Bettws y Coed.  Conwy is a walled town with an Edward I Castle. Bettws y Coed is a well known walking centre. Also near here is the National Trust’s Bodnant Gardens. These are accessible by a combination of walking and buses.

Penmaenmawr, Llanfairfechan and Abergwyngregin
The route does not actually visit any of these towns or village. It does however pass close by and walkers are likely to stay in one of these places. If you choose a day off then a walk along  the coast path, a visit to nature reserve or a bus journey to Llandudno is possible.

Bangor
This is the second City on the route. The Cathedral is dedicated to St Deiniol who established a church here in the 6th Century. It is also a University Town.  There are also two National Trust properties close by Penrhyn Castle at the edge of the town and Plas Newydd just over the Menai Bridge on Angelsey. It is also easy to visit Caernarfon Castle using the regular bus services.

Llanberis
The obvious activity on a day off here is an ascent of Snowdon. This is possible on foot or by train.  The town is home to the National Museum of Wales’s Slate Museum. You can also visit Electric Mountain which can include  at trip to the inside of a mountain to see an Electric Pump Storage Scheme.  Betws y Coed and Capel Curing within the National Park are also accessible by public transport. Caernarfon with its Edward I Castle is served by a regular bus service.

Waunfawr
This village is on the main road between Caernarfon and Beddgelert. There is a regular bus service on this road. The Welsh Highland Railway also connects these two places. The railway continues on to the Coast at Porthmadog.

Penygroes
This is another former Slate Quarry Village but with a difference. It has its own vineyard. There are pleasant circular walks from the village centre which explore the  paths used by the quarrymen. Caernarfon, Porthmadog Criccieth  (with its castle) are also accessible from here.

Clynnog Fawr and Trefor
Accommodation in these two villages is currently limited. Despite this Trefor is an excellent base from which to visit Tre’r Castell. This a pre-historic settlement on Yr Eifl (The Rivals) which dominate the village

Nefyn, Morfa Nefyn and Tudweiliog
These small towns and village are good locations for exploring the Llŷn Peninsula. Accessible from here are the other villages and churches which feature in the Llŷn Pilgrims Trail.

Aberdaron
The crossing to Bardsey is weather and tide dependant. This means that you may not actually be able to visit the island. You can however walk on to the headland and view it.  Aberdaron also has an excellent beach on which to relax. 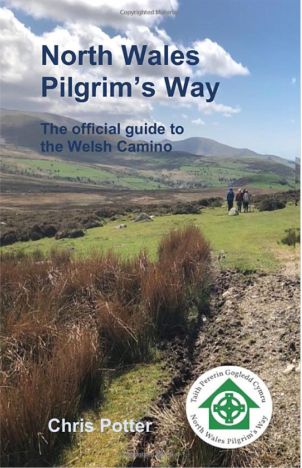